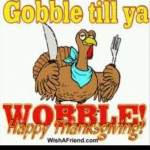 It’s Thanksgiving in America. Can’t lose this opportunity to share with all of you my reasons to be so thankful this year.

This is an email that Shirley Person sent to Karen Aronowitz, president of United Teachers Of Dade, regarding the school bond referendum in this year’s election. Shirley agreed to share it here with all of you. Share it with others who will be voting this year in Miami’s school bond referendum. Vote #223 VOTE AGAINST THE BOND.

I disagree with UTD’s support of this bond referendum.  Read the The Herald article dated Saturday, October 20, 2012 entitled “Broken promises marred last Miami-Dade bond issue for schools.”  I have had a plethora of UTD members and non members tell me they are not voting for this bond referendum because they have not received 5 years of steps and pay raises, and they simply cannot afford to pay another 30 years for this bond.  They are still paying for the 1988 bond until 2017 and, as taxpayers, they have a right to make a decision based on their financial situation. END_OF_DOCUMENT_TOKEN_TO_BE_REPLACED