I thought I had finished venting in yesterday’s post about over testing our children. I’m sorry. I was wrong. Today when I arrived to work, I received notice that the last week of October will be filled with more “mandatory” testing from the district. That’s just for reading. The following week will be for math.

So let’s do a recap. END_OF_DOCUMENT_TOKEN_TO_BE_REPLACED 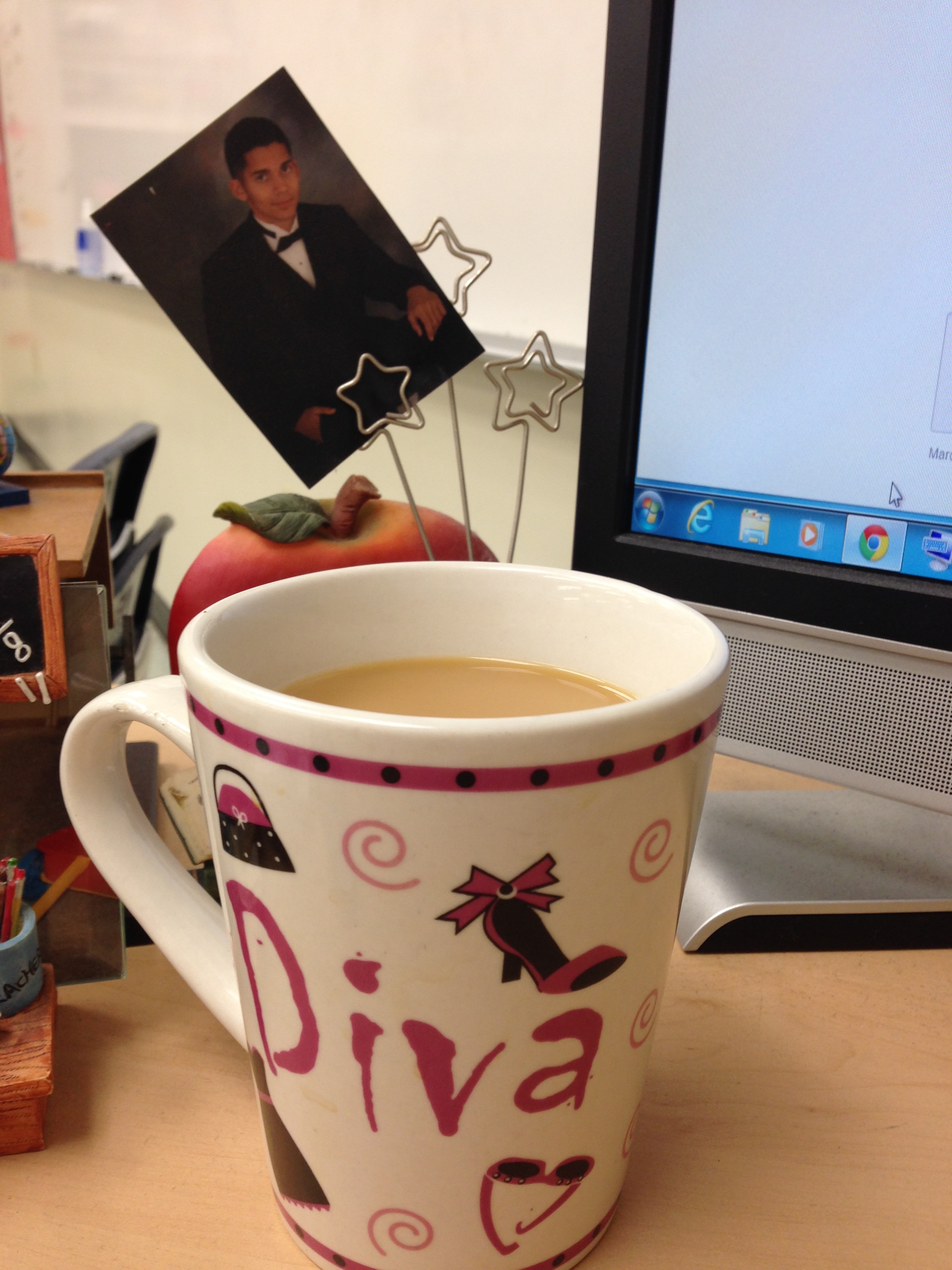 I love teaching. I love being in the classroom with my students and being a part of their learning years. I’m not alone. There are thousands of teachers who feel the same way. Lately something has gone incredibly wrong. It is like a silent disease that is spreading from one generation into the next one. These past six years I’ve noticed more and more middle school students enter my classroom without knowing any nursery rhymes or childhood songs. END_OF_DOCUMENT_TOKEN_TO_BE_REPLACED 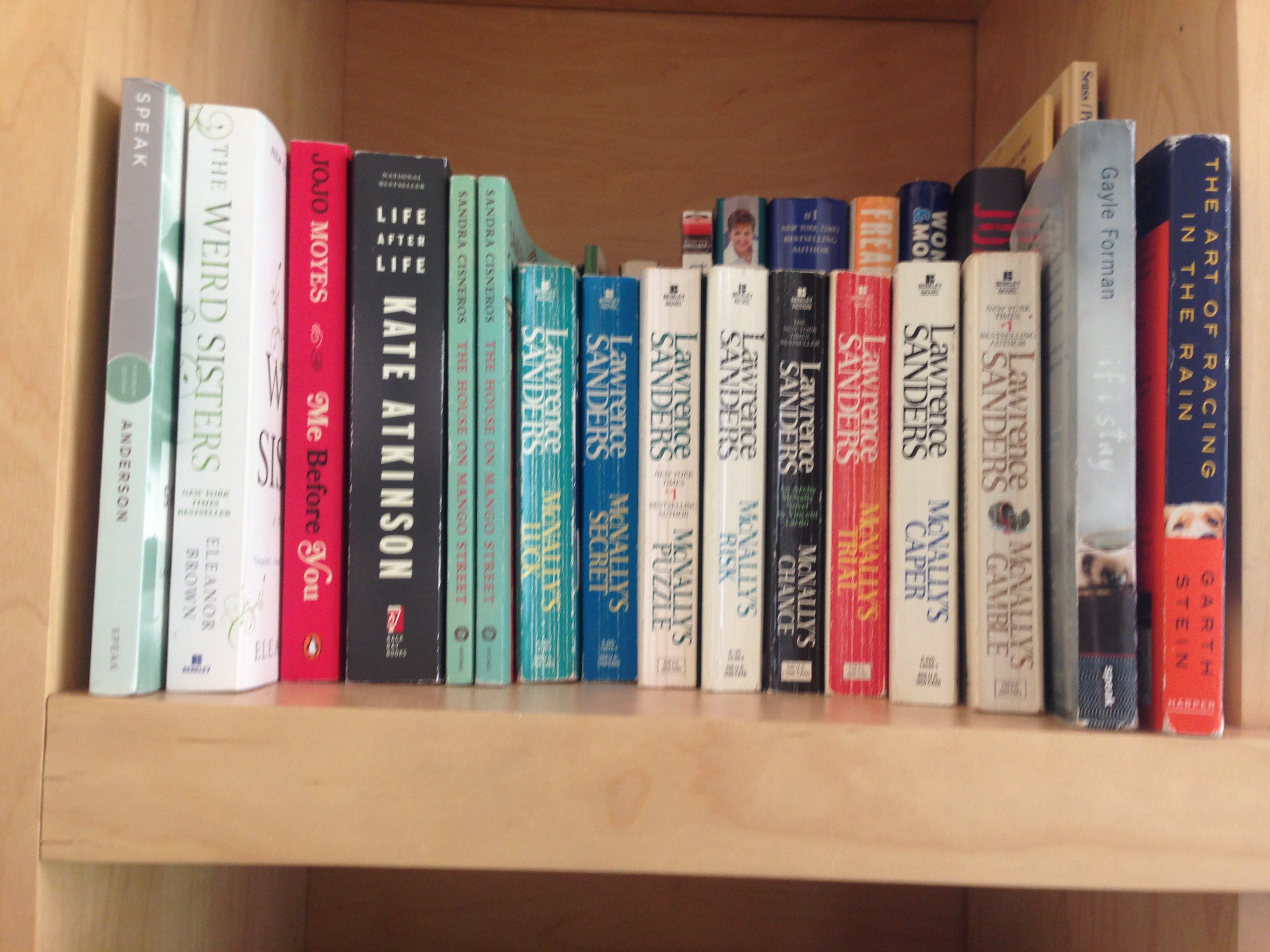 If you’re a parent of child still attending school then I know you can’t wait for school to start. If you’re in Miami, tomorrow is your day! Let’s make sure that your child is going to have a successful school year because as a teacher, I might have your student in my classroom. So we really need to work together for the sake of your child and my sanity. END_OF_DOCUMENT_TOKEN_TO_BE_REPLACED

Recently, a group of students were caught cheating in my classroom. Definitely one of the saddest and most disappointing days of this school year. I couldn’t believe it. I was so upset. I couldn’t say a word. I couldn’t look them in the eye. It’s not as if they didn’t know how I felt about lying and cheating. By the end of the week, I was still fuming inside until I got home today and started talking to a few teachers.

Read what I learned. If you’re a parent, tell me what you would do. If you’re a teacher, what would you do or what have you done?

I asked Bobby* if he had told his parents about his cheating. He said he told them and they gave him a lecture. I asked if they punished him with no phone or going out or something. He said no.

That’s all! No punishment, no consequence for his cheating. I was shocked. I thought he should have been punished for cheating. A lecture isn’t a punishment.

My teacher friends weren’t shocked at all. They reminded me how I had been the one urging this student and the others to be better in an environment that measures success based on material wealth not moral values. Integrity, character and honesty were no longer on the top of their priorities. It was more important to play basketball in the morning than to study for a test. These were the same group of kids who I had praised earlier this year. Did I jinx myself? Was I fooled by them?

The scariest part came when I asked Bobby* if this bothered him at all. He said, “Yeah. But what can I do about it?”

Really? What can he do about it? I’m thinking his parents should have been helping him figure this out. Some parental guidance would be great right about now.

According to Bobby* it only bothers him when he thinks about it. His facial expression left me cold inside. He reminded me of a former student who could look you in the eye after doing something horrible and not think twice about it afterward. Time to say bye, bye, Bobby*!

Some of the kids apologized the day after they were caught. But sometimes saying “I’m sorry” isn’t enough. Should I have accepted their apology? Were they sorry they cheated or sorry they got caught? They were given enough time to fix their mistakes but they stayed quiet.

Another *Bobby has a bit of a reputation for not leading an honest life. But, I didn’t think I would experience this type of behavior from him. My friends said that was my mistake in trusting him. Past actions dictate future behavior. I should have seen it coming. Shame on me for being optimistic. Shame on me for thinking that these students wouldn’t turn out like today’s adults. Shame on me for putting in extra time in the morning, after school, and during lunch to help them.

But are the kids to blame?

In our society, people look the other way or give excuses for bad behavior. Are the students merely mirroring the actions they  see at home, in the media, or at school?

Students go on vacation and come back with a tan and a note from their parents excusing their little Bobby’s* absence because he was “sick”. The kids know it’s a lie and the parents want us to accept it.

Some parents actually fill out a free and reduced lunch form at the beginning of the year even though they can afford botox, manicures, pedicures, gym membership and fancy cars.

Parents aren’t the only guilty ones. Our school gives out “Certificate of Participation” to every child in the school. Supposedly, we are to celebrate that the student went to school! We wouldn’t want to make a child feel left out for not receiving an award like the ones the other students who did achieve something this school year received. This is a waste of paper and sends the wrong message to the child.

Message: Do nothing and get rewarded.

But it gets better! Supposedly, parents can attend the 15 minute award ceremony and sign the child out of school for the rest of the day as an EXCUSED absence to celebrate that the child went to school. What message are we giving the students here?

Solution? I don’t know. My friend asked me to write down what I expected from these cheating Bobbys. I expected them to not cheat.

I was recently told that I should give up because nothing will ever change. But I can’t. As long as I am teaching, I expect students to be in school learning. I expect the parents to foster a learning environment at home. I expect the administration to ensure that the entire school is still functioning as an educational institution until the last day of school. I expect those in higher up positions to send the message to our community that education is important not just passing a ridiculously flawed state test. I expect our community to value integrity, honesty, and character. Am I expecting too much?

What’s your take on this?

*Bobby is a fictional name. Bobby represents several of my students who cheated because after speaking to them, their answers were similar. This saves time  having to make up new names for each cheater. 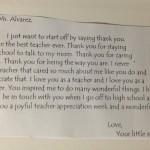 But I thought there was something about these kids that I liked. Turns out, I was right for the most part. END_OF_DOCUMENT_TOKEN_TO_BE_REPLACED 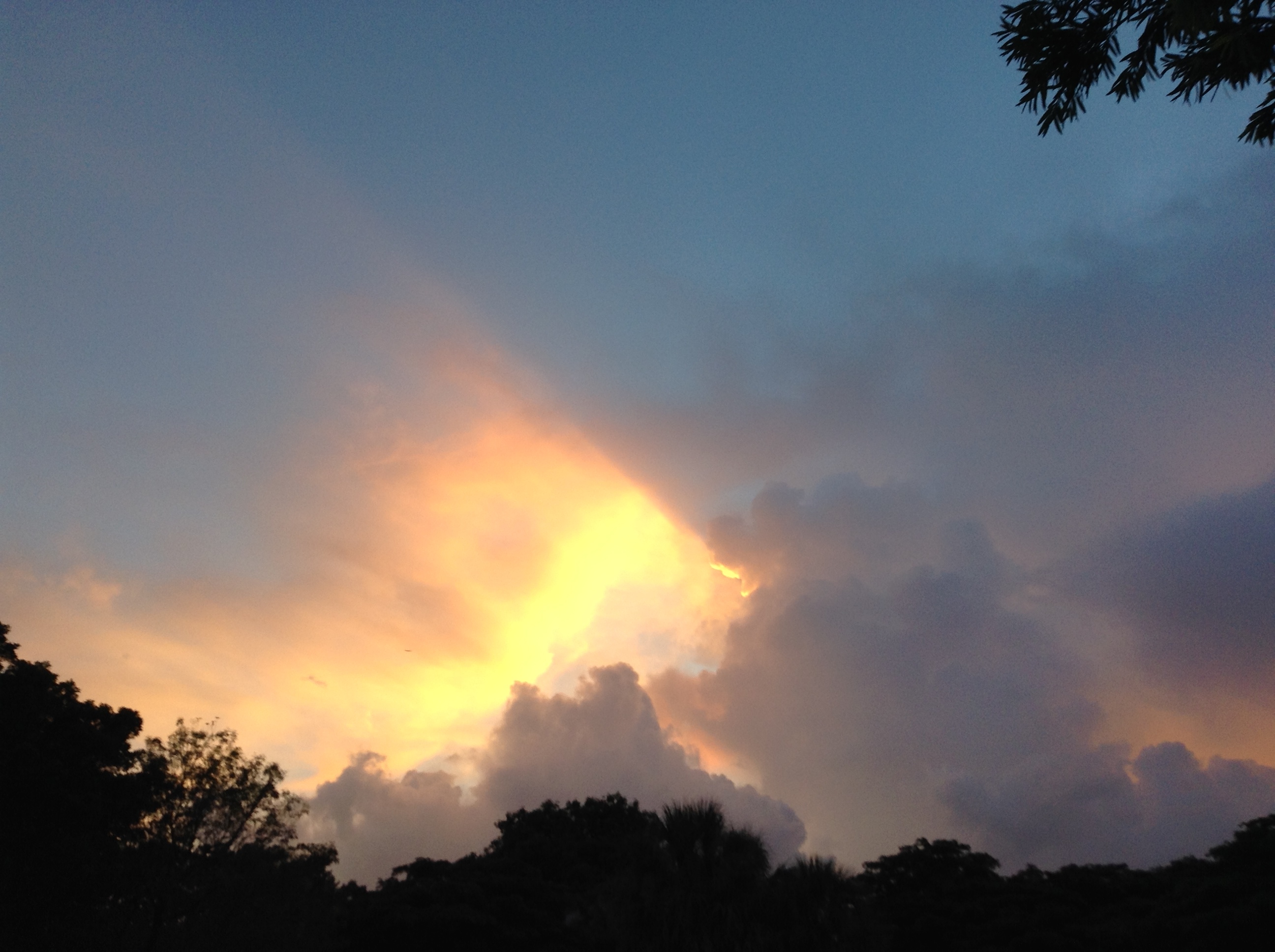 Part three. My high school teachers deserve to know that they helped me deal with some of the roughest years in my life. Thank you!

May all of you continue to thank a teacher in your life. May and every other month in the year should be Teacher Appreciation month.

Don’t know if any of you know this but I really hated high school. I cried every day after school. I wanted to go to Miami Southridge Senior High School not Miami Sunset Senior High School. I loved my teachers. The social atmosphere was a real turn off. END_OF_DOCUMENT_TOKEN_TO_BE_REPLACED

This post is a continuation of the outstanding teachers I had in my life. Are you thanking a teacher today? Please don’t tell me a teacher never did anything for you. If you can read this, thank a teacher.

My junior high school years were the best. I think that’s the main reason I love teaching 7th grade. I could be here forever if I told you about each teacher. But this year, I’m choosing only one teacher because he is still teaching me something new about life. END_OF_DOCUMENT_TOKEN_TO_BE_REPLACED

I’ve taken the best strategies and techniques from my former teachers and applied them to my years as a public school teacher. They may not have realized it but they’ve left a lasting impression in my heart and mind. These posts are for you.  END_OF_DOCUMENT_TOKEN_TO_BE_REPLACED

The first time I did my full time clinical teaching internship, I realized that I would have favored students in my life. It’s not something that teachers want to admit because we do our best to not have any favored students. But I’m here to let you know that if you’re a teacher and you don’t have favored students, this might not be the career for you.

If you’re a parent and a teacher appears to take a special interest in your child,